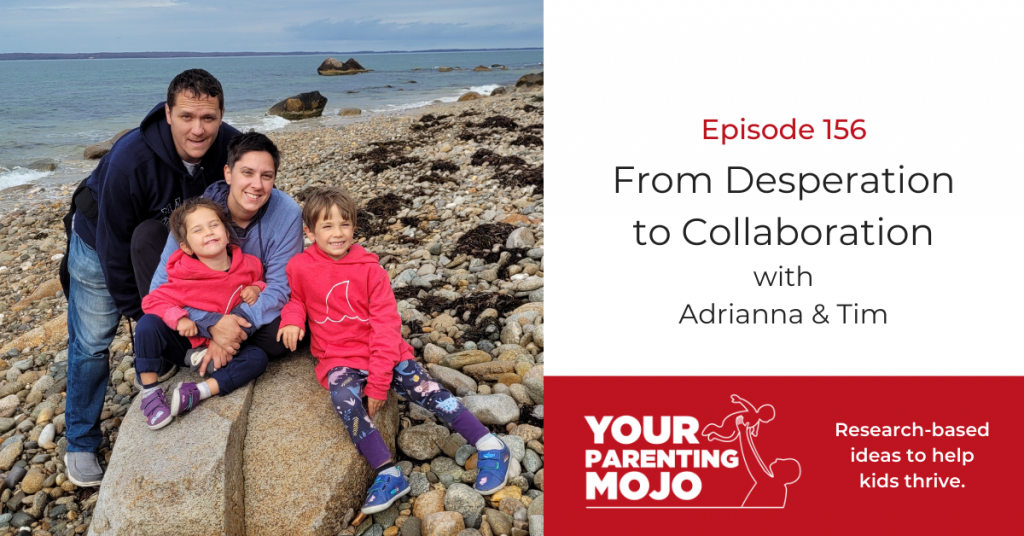 Adrianna and Tim had read all the parenting books. (And I mean ALL the books.)

But NOTHING seemed to be working.

They were still feeling frustrated with their kids on a very regular basis.

And their kids were fighting what seemed like every second of the day.

They joined the Parenting Membership last May, and the transformation our community has seen in them has been profound.

The shift started after we had a consult about their youngest daughter’s difficult behavior, which we realized was a sign of her unmet needs. (I do these 1:1 (or 1:2!) consults on a regular basis for members when I see them struggling with an issue that just can’t be addressed in writing.)

Ideas percolated. They increased the amount of 1:1 time they were spending with her, doing things she liked to do.

They attended a couple of group coaching calls and we talked more about their specific situation.

But then it all came to a head when Adrianna posted in the community about her children’s fighting, which had become more intense than ever.

A whole lot of parents chimed in with ideas to support them, which are grounded in the ideas I’d previously discussed with her – but sometimes you need to hear things in a different way, with stories from parents who have just recently been through the same difficult stuff you’re experiencing, and they made it out the other side.

Suddenly something clicked for Adrianna. She started to see her children’s needs in a way she hadn’t before, and she started having super explicit conversations with them about their needs, and also her needs.

And then the magic started to happen, firstly in interactions between either Adrianna or Tim and their oldest child, Bodhi:

Then the two children began using these problem solving tools between themselves. All of a sudden these two children who had literally been tearing each other’s hair out could identify their own needs, and each other’s needs, and find solutions that work for both of them. And they’re five and three years old! 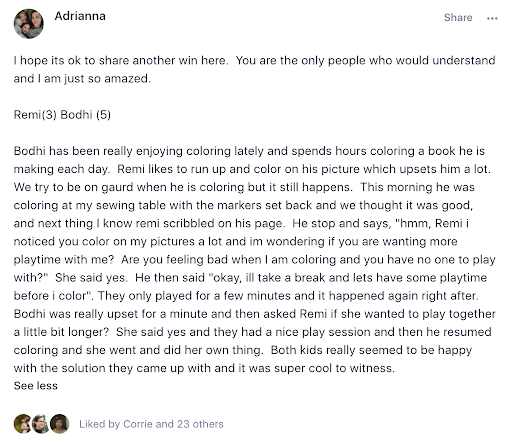 And all of this happened in what Adrianna calls the most supportive, least judgmental corner of the internet:

I invited Adrianna and Tim to tell us about their journey on the podcast.

Their response – delivered in unison – when I asked them: “So you’d read all the books, and you had so many doubts that ANYTHING could work for you…so why on earth did you join the membership?” was priceless.

The Parenting Membership is now open for enrollment
If parenting feels really hard, and it seems like you’ve read all the books and you’ve asked for advice in free communities and you’re tired of having to weed through all the stuff that isn’t aligned with your values to get to the few good nuggets, then the Parenting Membership will help you out. 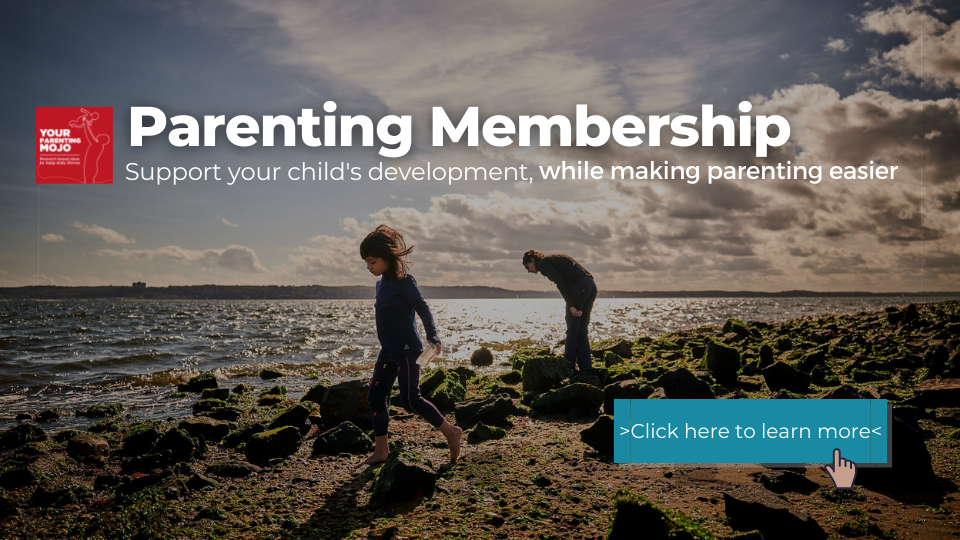