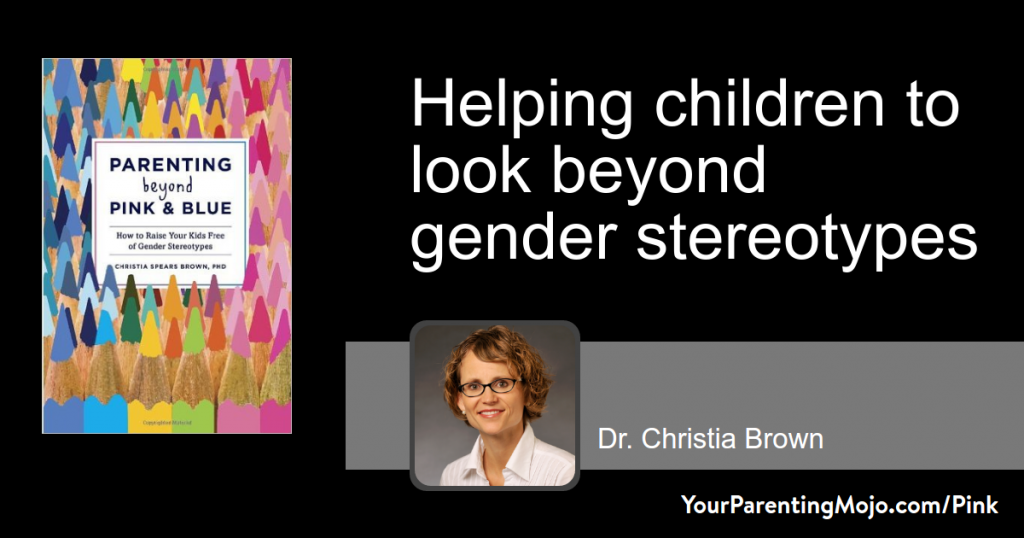 Today I join forces with Malaika Dower of the How to Get Away with Parenting podcast to interview Dr. Christia Brown, who is a Professor of Developmental and Social Psychology at the University of Kentucky, where she studies the development of gender identity and children’s experience of gender discrimination.

Dr. Brown’s book, Parenting Beyond Pink and Blue (Affiliate link), helps parents to really understand the scientific research around gender differences in children, which is a harder task than with some other topics because there’s just a lot of bad research out there on this one.  I ask about theories of gender development while Malaika keeps us grounded with questions about how this stuff works in the real world, and we both resolve to shift our behavior toward our daughters just a little bit.

Interview with Yarrow Dunham on how social groups form

Interview with Kang Lee on children’s lying (yep – your kid does it too!)