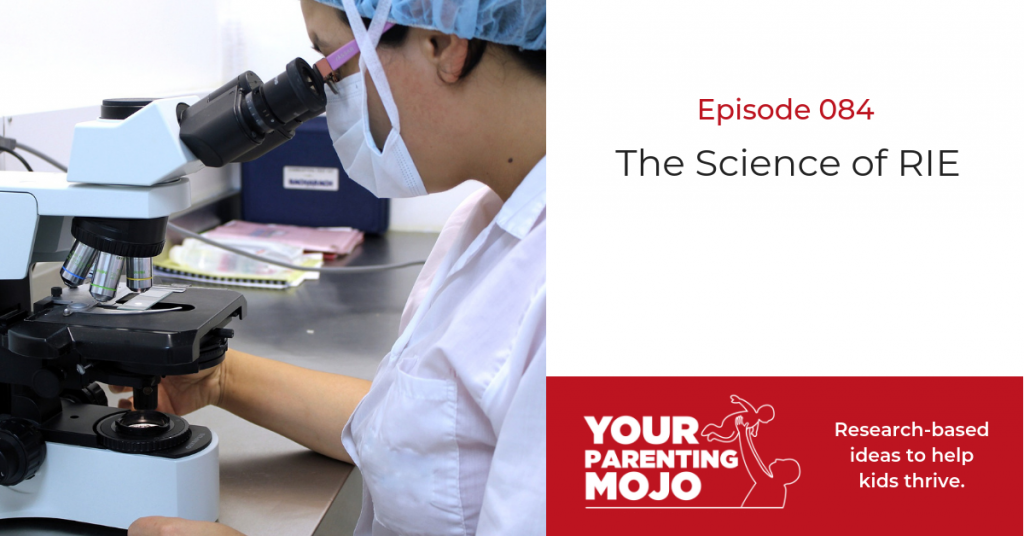 “Is RIE backed by scientific research?”

It’s a question that comes up every once in a while among parents who use the Resources for Infant Educarers (RIE) approach to raising their children, and then they all (virtually) look at each other kind of uneasily because no study has ever shown that children raised using RIE methods have any better outcomes than children who aren’t.

Given how much I focus on scientific research, you would think that I would have determined my overall approach to parenting through extensive reading of the literature – but actually I discovered RIE even before I started looking at research and I latched onto it because parenting in a respectful way just felt right.  I knew that love was necessary but not the only tool I would to discipline (used in its original sense, meaning “to teach”) my daughter about how to live in our family.  I knew immediately that respect was the tool I sought.

But it always niggled at me (and these other parents): Is RIE backed in any way by science?  Naturally, I could find no expert who could speak to this.  So I recruited the assistance of a fellow RIE-practicing parent to help us think through RIE’s basic principles, and whether (or not!) the research backs these up.

If you’re new to RIE, you might want to listen to this introductory episode on What is RIE first, so you’ll have the background you need.  I actually recorded this Science of RIE episode first so it does have a very brief introduction to RIE, but then I realized it really wasn’t sufficient so I recorded the extra episode.

Have questions about RIE?  Want to continue the conversation?  Come on over to the Your Parenting Mojo Facebook group and ask away, or join the Toasted RIE group which I help to moderate!