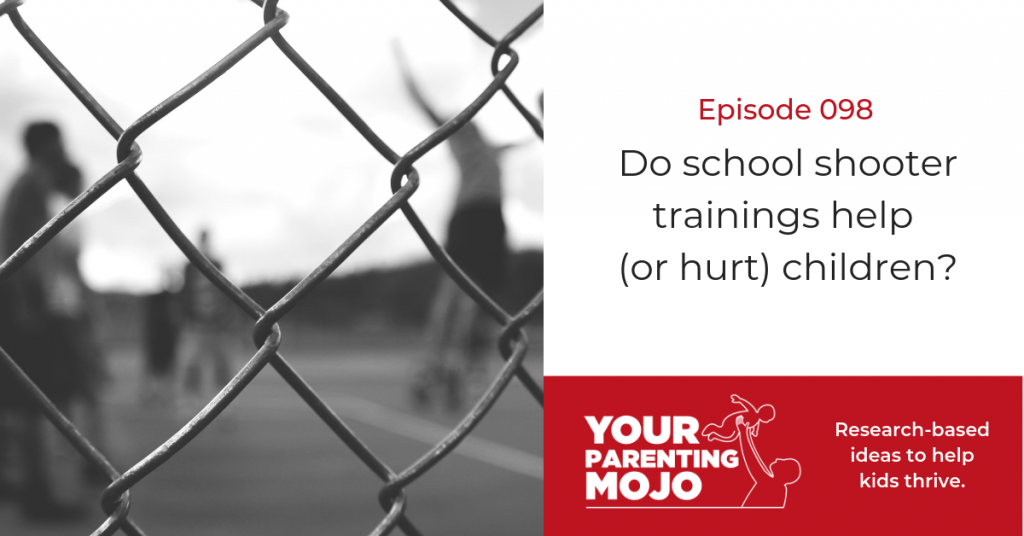 A few months ago a listener in my own home town reached out because a potentially incendiary device had been found on the elementary school property, and many parents were demanding disaster drill training in response.  The listener wanted to know whether there is any research on whether these drills are actually effective in preparing children for these situations, and whether it’s possible that they might actually cause psychological damage.

In this episode we review the (scant) evidence available on drills themselves, and also take a broader look at the kinds of measures used in schools in the name of keeping our children safe – but which may actually have the opposite from intended effect.