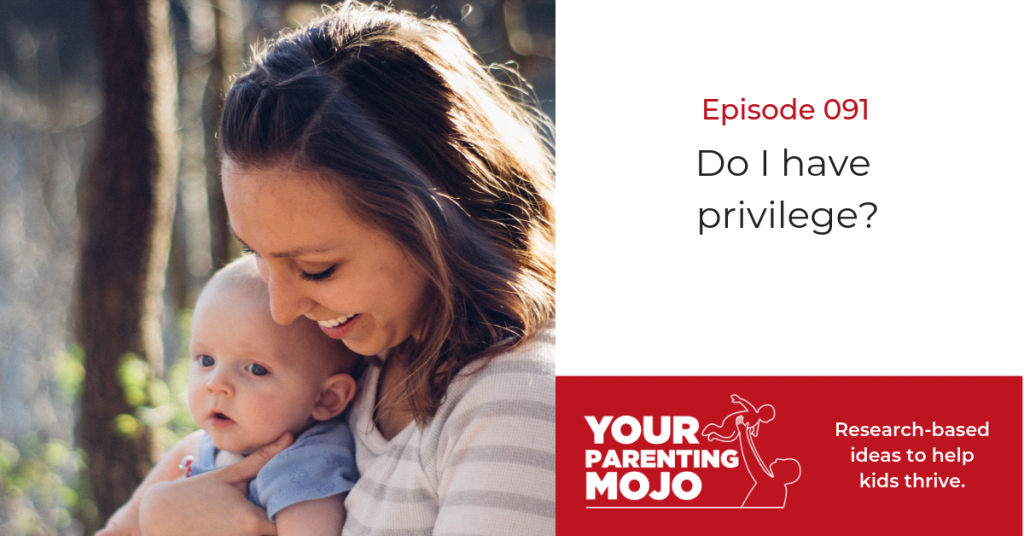 Each time I think I’m done with this series on the intersection of race and parenting, another great topic pops up!

Listener Ann reached out to me after she heard the beginning of the series to let me know about her own journey of learning about her white privilege. Ann and her husband were a ‘normal’ white couple who were vaguely aware of some of the things they could do to help others (Ann works at a nonprofit) and saw politics as an interesting hobby.

Then they adopted a Black daughter and had a (surprise!) biological daughter within a few months, and Ann found that she needed to learn about her privilege – and quickly. She’s had to learn about things like the features of a ‘high quality’ daycare for both of her daughters, how to keep them safe, and we get some feedback from Dr. Renee Engeln about how to help Black girls to see and be confident in their beauty.

Ann is openly not an expert on this topic, and does not speak for adoptive Black children, or even for all white adopting parents. But she finds herself far further along this journey of discovering her privilege than the vast majority of us – myself included, until I began researching this series of episodes.