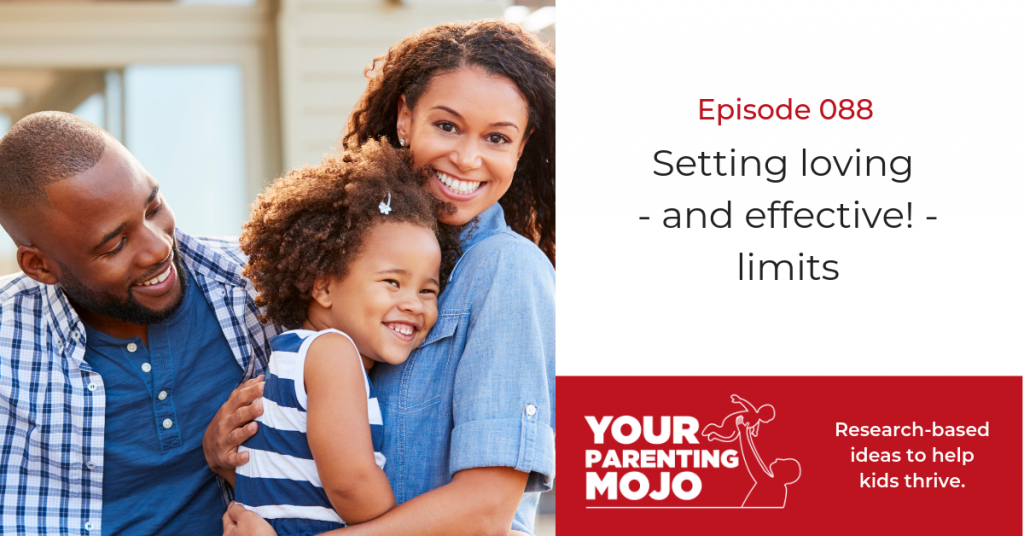 The way we set limits has such profound implications for our parenting: it’s the difference between parenting in a constant state of anxiety, and being truly calm and confident that you’re making the right decisions as you move through your day.

If we set ineffective limits, our child never knows where we stand.  They push and push and push because they know we will allow it, then finally we blow up because they pushed us TOO FAR and they end up in tears (or angry) and we end up angry (or in tears, or both).

But doesn’t setting limits mean being “harsh” or “punitive”?  Not at all!  When we set the right limits (by which I mean the right limits for your family), you can hold those limits effectively and the testing behavior will diminish dramatically.

The result?  More harmony at home.  Less uncertainty for you.  More confidence for your child.  Give it a try! 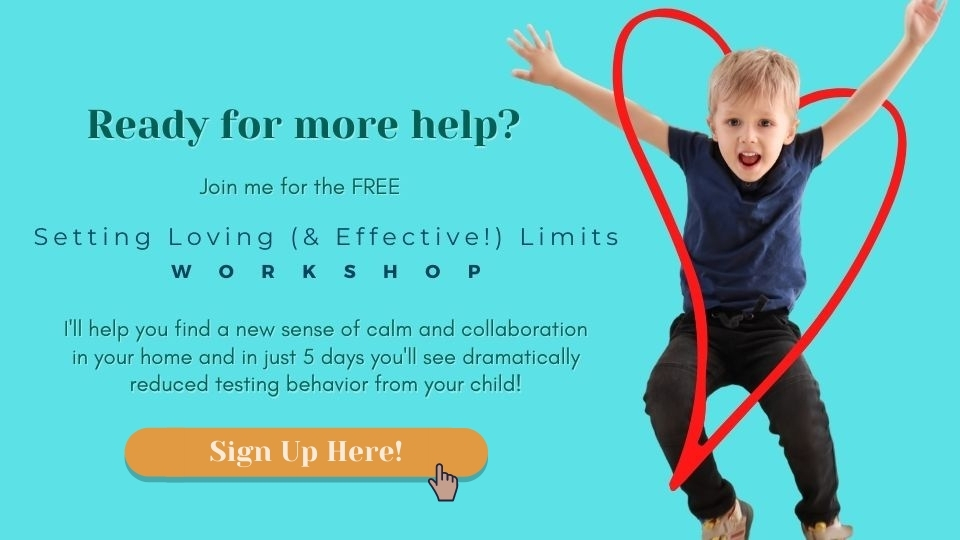 Other episodes mentioned in this episode

Why storytelling is so important for our children

Should we just Go Ahead and Heap Rewards on our Child?

The research on respectful boundary setting originated in the work of Haim Ginott, an Israeli elementary school teacher who studied psychology at Columbia University. Ginott worked with troubled children at a Guidance Clinic in Jacksonville, FL where he developed his approach based on both compassion and boundary-setting. Ginott proposed that denying feelings makes the feelings more powerful, while acknowledgement of feelings allows people to heal so they can become better problem solvers. At the same time as showing respect for their children’s emotions, Ginott advised parents to be “strict” with unacceptable behavior. At the time this approach was untested, but Dr. John Gottman said in the foreword for his book Raising an Emotionally Intelligent Child that he could “provide the first quantifiable evidence to suggest that Ginott’s ideas were essentially correct:” these ideas founded the basis of emotion coaching, which we learned about recently in the episode on emotion regulation. So Gottman saw accepting emotions but being strict with behavior as two sides of an equation, with emotion coaching being the one we already learned about, and setting limits being the other.
Also connected with Ginott’s work is self-determination theory, which proposes that all humans desire autonomy, competence, and relatedness, which is associated with better life outcomes for all people, not just children. So I’ll just briefly define each of these ideas: autonomy is the desire to feel like we control our own lives, which can be a difficult one for children who typically go through their day with every move scripted by an adult. Competence is the desire to feel a sensation of mastery over tasks and activities, which is often what children are trying to do when we’re hustling them along to the next activity or telling them to stop doing something. And relatedness is a sense of connection with others, which can suffer when much of our time is saying “Hurry up and…” or “Stop…”. What we want to tease out here is how we can set limits in a way that supports autonomy, competence, and connectedness so we achieve the benefits of self-determination, while still enabling the parent to set needed limits. We can also look to Dr. Diana Baumrind’s idea of an authoritative parent, which is a parent who is an authority (and who isn’t permissive) who makes age-appropriate demands, sets limits, and monitors children’s behavior, then the research shows that children do better when parents are “in control.” But there is a difference between being “in control” and being “controlling” – if you’re in control then you provide rules, guidelines, and limits. Controlling parents find compliance to be the most important skill their child develops, pressure their children toward specific outcomes, discourage discussions and negotiations on limits, don’t provide reasons for limits, and don’t respect children’s viewpoints. They may coerce their child into achieving a certain outcome or punish them if they don’t achieve it. But once again, this view of what are appropriate limits for children seems to be very highly focused on what are appropriate limits for white children, which is to say that Black parents might use a more controlling style of parenting not because they believe it’s the best approach for their child’s develpment, but because it’s the best approach to keep their child safe.

For #1 you aren’t setting a limit. You’re encouraging the behavior or at least saying “why not?.” This is the place you want to be as much of the time as you can, and the key to this is to reassess whether you need a limit in the first place. When my daughter wants to head outside without shoes on, my husband will say “You can’t go outside without shoes on!” which often results in raised voices and tears, but I’ll say “Hey, you don’t have shoes on. Last time you went out without shoes on you stepped on a rock and hurt your foot. Do you want to put shoes on?” She then gets to make the decision about whether she wants shoes and not only do I not have to set a limit, but she gets to practice deciding how much risk she wants to take.
The key here is that as much as possible, I have my default answer to a question be “yes.” If I’m not sure if I can say “yes” I say “I need a minute to think about it. Can you tell me why you want to ___?” And after I’ve thought about it, if possible, I say “yes,” which means I don’t need to set a boundary.
For #3, behavior that cannot be tolerated, you need to decide what are your hard limits. As I mentioned, my non-negotiable limits are around safety, and respect for people/property. I do try to be as permissive as possible related to safety; I allow high climbing and jumping off things and just ask “what’s your plan?” to make sure my daughter has one. But I’m clear in my mind about obvious safety risks: things like running into the street, riding without a helmet, and using sharp knives unsupervised, and I do not allow these activities.
Respect for people/property could be a little more nebulous, but for me it covers things like not making loud noises near me, and not drawing/painting on anything but paper or designated art materials.
In either case, my limit is swift and firm and non-negotiable, my daughter hears this in my tone, and the vast majority of the time she complies immediately.

I hope this has helped you to understand a bit more about what the research says about setting limits, and how they can be useful, and how you can set them in a way that encourages your child’s developing self determination rather than undermining it. I’d love to hear how it goes if you implement some of these strategies!
You can find all of the references for today’s episode at yourparentingmojo.com/limits