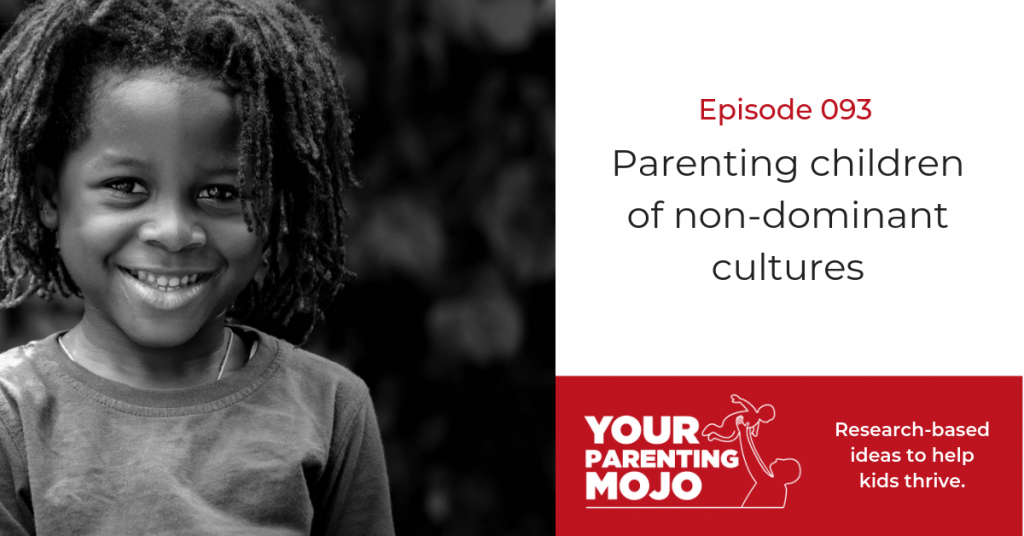 We’ve done a LOT of episodes specifically for white parents by now:

White privilege in parenting: What it is and what to do about it

Talking with children about race

Teaching children about topics like slavery and the Civil Rights Movement

Do I have privilege?

In this episode we turn the tables: listener Dr. Elisa Celis joins me to interview Dr. Ciara Smalls Glover, whose work focuses on building the cultural strengths of youth of non-dominant cultures and their families.  We discuss the ways that culture is transferred to children through parenting, how parents of non-dominant cultures can teach their children about race and racism, and how to balance this with messages of racial pride.

Other topics mentioned in this episode:

Click the button on the right with the microphone on it to leave me a voicemail for the 100th episode!>>>