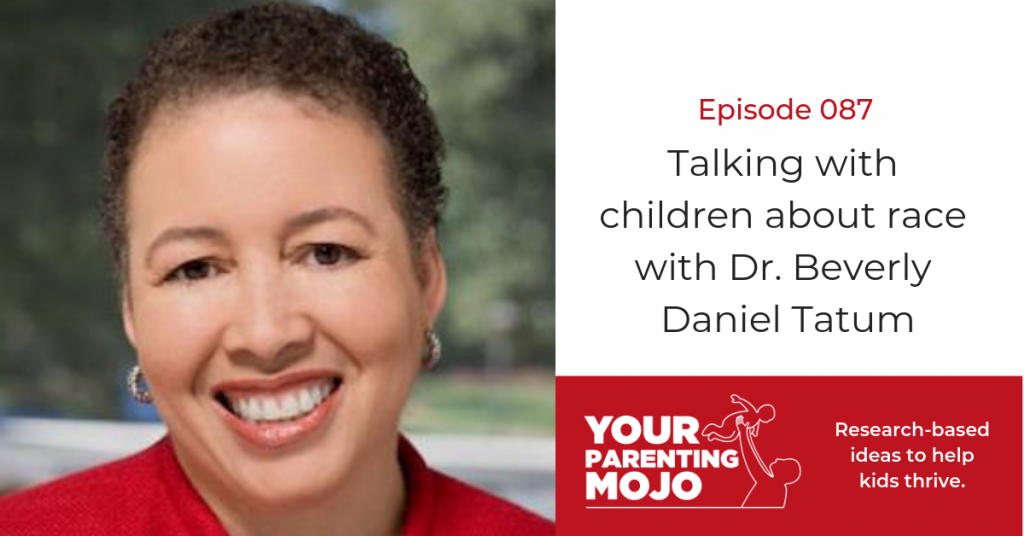 Today my listener Dr. Kim Rybacki and I interview a giant in the field: Dr. Beverly Daniel Tatum, author of the now-classic book (recently released in a 20th anniversary edition!) Why Are All the Black Kids Sitting Together in the Cafeteria: And Other Conversations About Race.

We begin by assessing what is White parents’ responsibility to help dismantle structural racism, and then learn how to discuss race and racism with our children.  And in the next episode in this series I’ll have some really in-depth resources to support you in having these conversations with your own children.