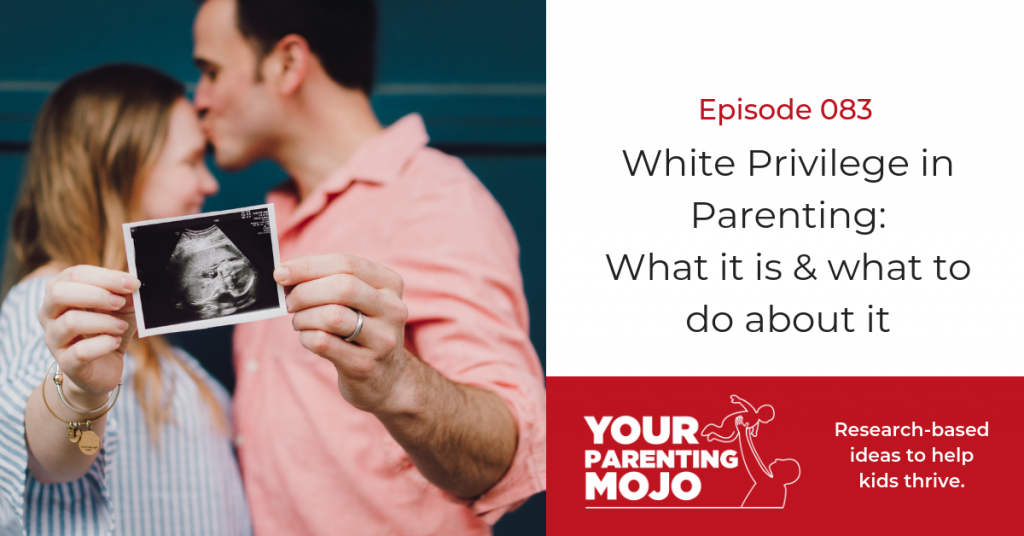 This episode launches a series of conversations on the intersection of race and parenting.  I spent a month wading around in the psychological literature on this topic and deciding how best to approach it, and eventually decided to split it into four topics.

Today we’ll dig into white privilege in parenting through a conversation with Dr. Margaret Hagerman on her book White kids: Growing up with privilege in a racially divided America [affiliate link].

For those of us who are white, white privilege can be an incredibly uncomfortable to discuss.  After all, we didn’t ask for this privilege – we were just born into a system where we have it.  But the reality is that we do have it, and many of the actions we take on a daily basis mean that we don’t just benefit from it but we actively take steps to perpetuate that advantage.  So in this episode we’ll learn how we can recognize that privilege in our lives and we’ll start to learn about some steps we can take to address it.

In upcoming episodes we’ll look at white privilege in schools, parents’ responsibility to work on dismantling systems of racial privilege, how to talk with children about race, and what children learn about race in school (and what you can do to supplement this).

I’m really excited to begin this conversation, but at the same time I want to acknowledge that while these episodes are based on a close reading of the literature, this is a massive subject and I’m not the expert here – I’m learning along with you.  If you think I’ve missed the mark, do let me know either in the comments or via the Contact page.  And if you’d like to participate in a series of conversations on this topic with other interested parents, do join us in the free Your Parenting Mojo Facebook group – just search for #whiteprivilege to find the thread.

Wait, is my toddler racist? (Recorded back when I was still learning to distinguish between prejudice and racism!)

How children form social groups, which is critical to understanding how they develop prejudices in the first place.

Looking for references?  They’re now at the bottom of the transcript, in an attempt to keep the episode pages a bit cleaner…