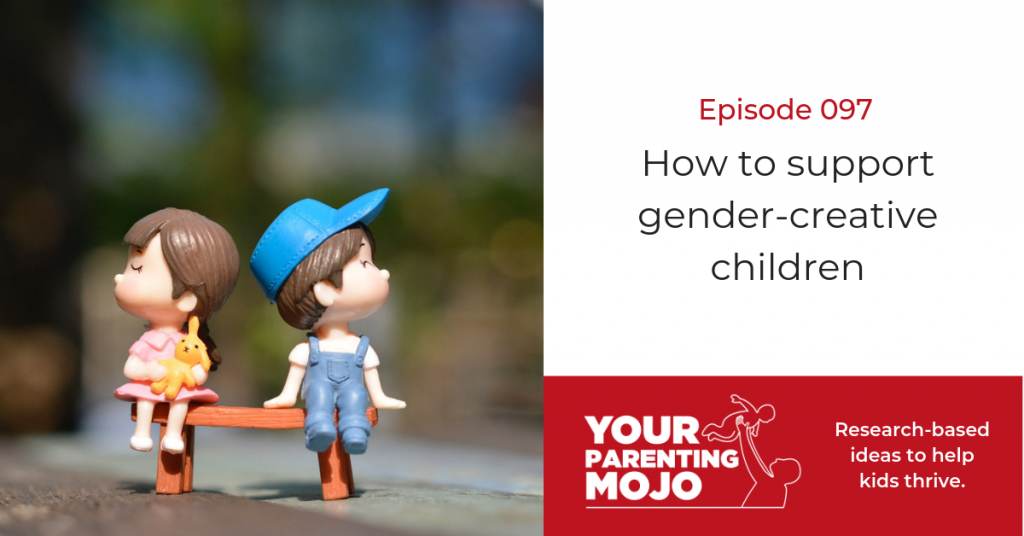 Recently a listener posted a question in the Your Parenting Mojo Facebook group asking about research related to children who are assigned to one gender at birth, but later realize that this assigned gender doesn’t match the gender they experience.

Another listener recommended Dr. Diane Ehrensaft’s book The Gender-Creative Child, and we are fortunate that Dr. Ehrensaft quickly agreed to speak. Listener Elizabeth co-interviews with me as we learn how to truly listen to our children when they tell us about their gender, and what we can do to help them navigate a world full of people who may know very little about – and even fear – children whose gender does not conform to expectations.

While we didn’t get a chance to discuss it (too many other topics to cover!), you might also be interested to learn about the “They-by” movement, which advocates for allowing children to choose their own gender when they feel the time is right, rather than the parents assigning a gender at birth based on the child’s genetalia.

Here are some especially recommended resources:

Recommended books for children – for ALL children, not just those actively exploring their gender identity (note: these are affiliate links):

Mama, Mommy, and Me

Daddy, Papa, and Me

Who Are You? The Kid’s Guide to Gender Identity

Julian is a Mermaid